Driving along Jalan Tun Razak in Kuala Lumpur last Tuesday morning, I heard (by the miracle of podcasts) the renowned Mathematician and Fellow of the Royal Society,  Marcus Du Sautoy, interviewed on ‘the Life Scientific’ . Why did he so enjoy the pursuit of Pure Mathematics as a career?  Certainly not for the fame and glamour….

“An extrovert mathematician is one who looks at your shoes as he talks to you (not his own)…….”

No – he enjoyed Maths because, unlike the work of scientists and engineers,  the work of mathematicians is never superseded and replaced by more accurate theories; once ‘discovered’ a mathematical concept is eternal. It also enables the creation – or maybe it should be discovery – of worlds which are impossible physically but possible in the mind.

The Strange World of the Mandlebrot Set

The Mandlebrot set is a good example of a world created by mathematics. It’s created by applying a simple test to complex numbers created in a simple iterative algorithm.

The results are stunning; and have the fascinating property that as one zooms in to the shape, more and more detail reveals itself. Weird and wonderful places and shapes are revealed – places such as Sea Horse Valley. Roger Penrose describes the wonder of this whole world beautifully  – which he calls the Land of Tor’bled-Nam  (geddit?).  He also considers whether mathematical worlds such as Tor’bled-Nam are as real as the physical world we perceive.

Actually this highlights a fundamental difference between Maths and Science.  Maths is about discovery ;  Science is about the process of understanding.

There’s an old joke about the engineer, physicist and mathematician…… on seeing a fire in a wastepaper bin in the corner of the room: 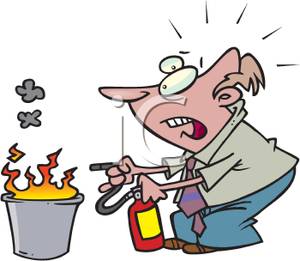 ‘Standing on the Shoulders of Giants’

Think about the work of a scientist – let’s say a physicist.  Early Greek theories on the laws of motion were based on the idea that all bodies required a continuous force acting upon them to keep them in motion. Newton improved on this with the concept of inertia and a model where a body continue in steady motion unless a force (such a gravity) acts upon it – which proved a good approximation for centuries.

Then Einstein developed his universal theory of gravitation which provided a model which better fits experimental data where massive bodies and vast distances are concerned… and which is continually being refined and developed.

Sir Isaac Newton used the phrase ‘”If I have seen further, it is by standing on the

shoulders of giants” – referring to how each scientist builds on the work of earlier scientists.  More and more, the steps forward are incremental and increasingly specialist. In this way, the advancement of science has progressed from a being the works of individual, heroic individuals, into a collaborative, team effort – rather like the way a hive of ants each lays down tiny layers on top of earlier layers – but viewed from the outside the colony builds a magnificent, towering anthill.

The work of each scientist may become superseded by subsequent work – but it all plays an essential part in the development of our combined knowledge.

So in science the important element is the process – by following the scientific process we evolve towards a greater and better understanding of our universe.

As an aside – there’s an interesting parallel with the Japanese work culture of Kaizen. In

the 1990s I was involved in implementing continuous improvement processes into the European automotive industry – so-called Japanese work methods. One of the fundamental principles of this ‘lean manufacturing’ approach is the idea that the focus should be on the improving process – not on achieving the end goal.  By relentlessly focussing on improving process we can continually improve performance.

Kaizen means that we never accept anything as good enough – as soon as we reach a level of performance we seek to challenge it and reach beyond it.

Isn’t Kaizen a good description of the scientific method?

I borrowed the version of the jokes from Jim Al-Khalili

The Global Scientist is currently in....

About the Global Scientist

The Global Scientist is a blog created by Ian Kennedy to help to broaden awareness of the positive impact of science, to be a global view of science across cultures and countries, and to be a forum for rational, challenging and objective thinking.